Approved's Test Lab allows our clients to save money without sacrificing quality and reliability.

New standards in high-speed Ethernet, Fiber Channel, SONET and OTN require increasingly stringent testing. For over 16 years, Fortune 500, telecom companies and data centers worldwide have utilized Approved’s state-of-the-art lab to ensure that our optics are fully compliant within their environment. Testing is the cornerstone of Approved’s success. We test our optics at every major point along the production line; from auditing contract manufacturing facilities, to advanced functional, platform, and network testing upon arrival to our US laboratories located along the coast of Southern California. 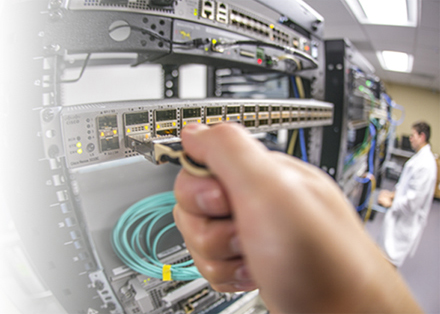 Each module shipped from Approved undergoes a rigorous testing process prior to programming, including:

After being programmed for complete compatibility, modules are then tested in their intended switch/platform. Virtually every manufacturer is represented in Approved's production test bed in California.